award winning producers, directors, writers, editors and production crew
RBP has the pleasure of working with the best of the best in Los Angeles. A sneak behind the curtain- below are regular collaborators often hired for RBP projects in the TV, commercial and film realm...
​ 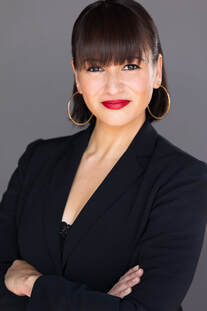 With an eye always on the future, Johanna dived into digital in 2002 before it was fashionable and accepted as a proper media platform. Through ComedyCentral.com, she learned behind-the-scenes and "exclusive show content" could (and would be) watched from your laptop and phones. She took this experience to advertising clients and brands, who were willing to stretch out their wings. Favorably, they tip toed into these waters and Rolling Ball Productions was formed. Since 2006, Johanna has executed branded short form vignettes, webisodes and commercial spots, for clients such as: Coffee Bean & Tea Leaf, Verizon, Nike, Pier 1 Imports, Toyota, Pepsi, American Airlines, Mike's Hard Lemonade, Google, American Career College, Murad, Loreal, Vaseline...to name a few.

Over the past two decades, she has written and directed ten short films. Her last comedy satire, Fresh Blood, was accepted into twelve film festivals in Los Angeles, Toronto and New York; garnering Best Comedy Director awards.
​
​As a consummate professional,  Johanna is compassionate, detailed, creative and logistical; who also knows the value of fun and trying new things. She takes pride in creating stunning visuals, engaging characters, riveting story arcs, epic cliffhangers and captivating episodes…to ensure a series renewal; or viral spot. As a leader, she creates a collaborative warm crew and talent environment, while making smart decisions in problem solving. She always strives to exceed expectations by setting a good example and executing on time, on budget, with a can-do attitude. 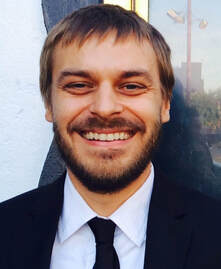 For the past eight years, Mikel Hubbard has been the Head of Development for Bischoff Hervey Entertainment. He successfully developed and sold Outlaw Country on WGN America, I Heart Nick Carter for VH1, and Devil's Ride for Discovery.

Prior to this, he was a Show Runner for Edelman Productions in San Francisco and Chicago; spearheading and executing a variety of Scripps Network productions - particularly focusing on HGTV design series. Mikel continues to write and pitch a variety of formats and genres to various production companies and networks in Los Angeles. 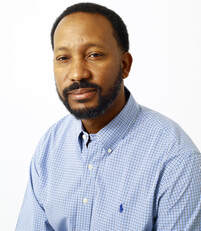 Daylan was also the Executive Producer for Hip Hop Official-  the mobile music lifestyle channel that has garnered over 40 million views to date. In 2008, HHO won the “Peoples Choice Award” at the Mobile Excellence Awards and has since served as a platform for music and brand discovery. During this time, Daylan helped align the HHO brand with many successful outreach campaigns and artist | brand partnerships, i.e. URB Magazine, Skee TV, Asics Shoes and Wrigley 5 Gum.

​As a Producer, Director and Editor powerhouse, Daylan brings a wealth of hands-on knowledge and expertise to each and every project. He pays close attention to emerging technologies and how best to integrate them into productions. An avid photographer and videographer, Daylan stays abreast of all current and upcoming production equipment, including cameras, post production software and new methods of delivery.
​ 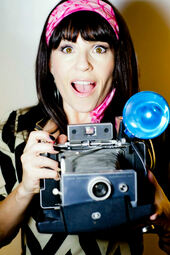 Sharon Houston is a talent in front AND behind camera, so she really gets all aspects of production. She’s written and produced on studio stage shows for Fox, CBS, and NBC; in the field for Epix, Oxygen, and E!; casting on America’s Got Talent; and digital content for NBC.com and their social platforms. In her spare time, she’s producing and writing the YouTube show/podcast "Judge Jackie" and a comedic travel web series, “Bob & Donna.” 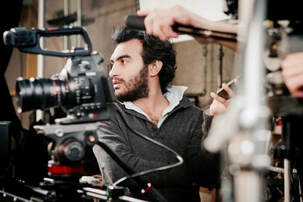 EMMY® Award Winning DGA Director and Cinematographer, Ramy Romany, resides in Los Angeles, California. Born in Cairo, Egypt, into a documentary-producing family, he was given the opportunity to develop and finely craft his impressive array of skills on film sets located on Ancient Egyptian ruins; gaining experience in the many aspects of film-making from an early age. Before the age of 20, he produced, directed, filmed and was featured in over a hundred documentaries on Ancient Egypt for a variety of international networks, such as Discovery, History and National Geographic.

For the past decade in the United States, he has built his reputation on incredible work with such international brands such as Pepsi, Chrysler, Nestle, Coca-Cola, Grey Goose and Visa; along with countless hit shows such as The Contender, Ancient Aliens, Chasing Destiny, Gigi Does It, Hollywood & Football, Arranged, The Hills, Skin Wars and more. 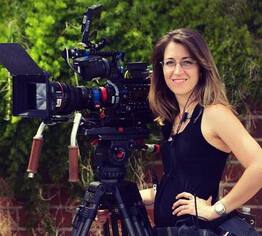 Sharra Romany is a sharp cinematographer who is seeks out great story, and loves to work closely with producers. She has worked on many multi-cam competition, house reality, make-over/home renovation shows, and documentaries. She has also made exciting visuals for brands such as: William Sonoma, Pepsi, Pure Leaf Ice Tea, CocaCola, Chrysler, Honda, Grey Goose, Philadelphia Cream Cheese, Hyundai, Ray Ban, Gold Peak Ice Tea, 7Up, and FEMA.
​ 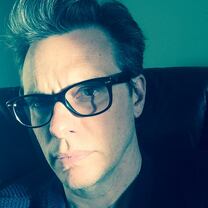 ​Kevin Burke is a twice EMMY®-nominated cinematographer and producer, whose documentary work has appeared on networks like A&E, PBS, History, and in theaters and film festivals across the country. His past projects include: the film Fed Up, and premium documentary series, like Who Killed Tupac?, and Aaron Hernandez Uncovered, which was the highest rated true crime show aired by Oxygen since rebranding took place.

He's been a part of the best of children’s television — shooting classic shows like Disney’s The Book of Pooh and Bear in the Big Blue House, as well as producing and shooting three home videos for Sesame Street...to name a few. He is a Canon C300 evangelist, but also shoots happily with Arri and Black Magic cameras. 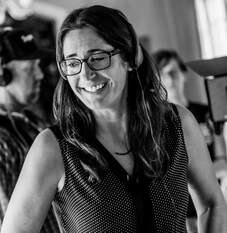 Shanra Kehl is an award winning writer and director. After studying film and photography while downhill ski racing for Montana State University, Shanra graduated from Columbia College Chicago with a B.A. in Cinematography. She then moved to Los Angeles to intern under Phedon Papamichael and began a career shooting independent films, TV shows and documentaries.

However, she soon realized she wanted to develop stories just as much as she wanted to shoot them. She began writing, and directed her first short film, Manscaping, a mockumentary that was picked up for distribution by Shorts International and caught the attention of Gillette Japan; whereby she then helped create an ad campaign in 2010. Recently, she made her feature directorial debut with The Morning After, which has won over a dozen film festivals and was distributed by HBO East, and available on many streaming platforms. 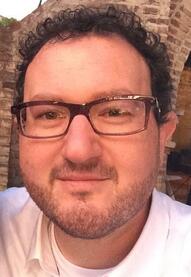 ​Todd Lewis started his career in the entertainment industry over 16 years ago as the Marketing Director at Paramount Classics; where he not only produced trailers, TV spots, and creative imagery for their indie films, he also helped facilitate their intentional distribution in countries all over the world.  This studio job led him to producing and editing film trailers and TV spots at Karma Bank Post, where he worked on trailers for films like the cult classic Napoleon Dynamite, Academy Award Nominated Monster, and Sideways. With his passion for unscripted, Todd decided to change directions and moved into reality and doc TV over 14 years ago. As an editor and producer, he's executed numerous shows for MTV, A&E, TLC, FOX, ABC, Lifetime, Food Network, and many others.

Aside from his years of experience in series work, Todd's extensive experience in development had led him to work with companies like All 3 Media, Bunim Murray Productions, Ryan Seacrest, 7Beyond Entertainment, and RIVR Media.  Todd has an extremely high track record for sizzles he helped develop going to pilot or straight to series.  Some recent examples of this are My Kitchen Rules (FOX), Sunday Night Stunts (ABC), Booze Traveler (Travel Channel), Still Alive (Discovery), Ghosts in the Wild (Discovery), State Plate (INSP), and Fill In The Prank (Seriously.tv / Versison Go90).  Booze Traveler (4 seasons to date) specifically was his shining jewel as Todd co-developed the idea, directed in the field, edited the pilot, co-wrote the script for the pilot, and helped sell it to Travel Channel. 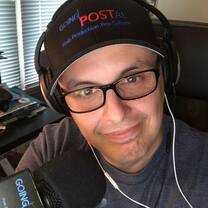 ​He uses different offline and online editing systems with ease, i.e.  AVID Media Composer, Adobe Premiere, Final Cut Pro, After Effects, Photoshop, Illustrator, Audition, Davinci Resolve, Motion, Compressor, Lightroom. He is a proud member of the Academy of Television Arts & Sciences and the Motion Picture Editors Guild. Among his passions, he is the host & Executive Producer for "GOING POSTAL" an industry podcast dedicated to all things post, production & pop culture.